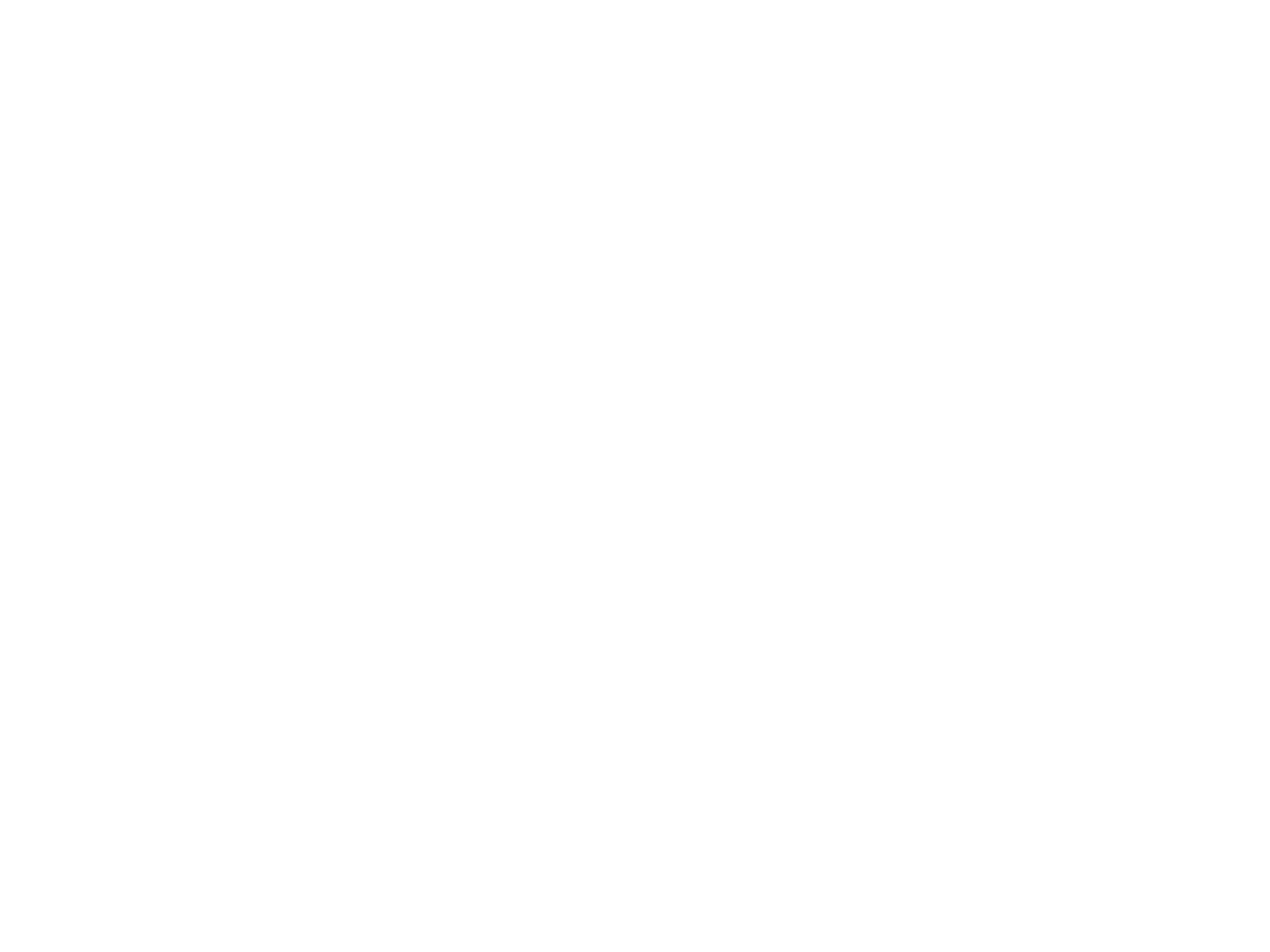 The course was held on the boundaries of an outlying parking lot at a county park in Greater Hollywood FL. Shape was mostly an oval with one hairpin of about 120-degrees sharp turn and one 90-degree turn. Other two turns were soft turns of about 45-degrees each. Laps were about 6/10 of a mile.

Slept great because I drove down the night before and stayed in a comfortable hotel. The initial plan was for my son to join me on a weekend getaway and watch me race for his first time but he came down with a cold Wednesday night and we collectively decided I didn’t need the distraction of a sick teen, knowing I already don’t have the best bedside manners. Was a little sad not to have him but grateful not to have to deal with his cold. Stayed on point with hydration and nutrition on Friday up until I arrived at the hotel around 9 p.m. and nervously ate two small bags of chips from the hotel gift store. Poor decision for sure. Prepped my gear as much as I could and went to bed by 10:30 p.m., later than my normal bedtime of 8:30 to 9 p.m. but I was able to sleep in until 5:30 a.m. Had oatmeal with blueberries but I forgot to pack my walnuts. I should have bought nuts from gift shop Friday night instead of chips.

Arrived to the venue at about 7:30 a.m. thinking it was plenty of time to get warmed up but registration process was slightly slower than I expected (had to fill out waiver paperwork despite the one on file with USAC) and just moving slowly because of the cooler -than-normal-temp in the low- to mid 60s. Plus had to ride to another part of the park to pee, so that took away from focused warmup time. Got on the trainer and followed the prescribed crit warm-up program until about 5 minutes prior to race start on went to the course, which I was able to pre-ride because there were no females for the 8 a.m. race. I got behind some other guys who were also warming up/pre-riding the course. I didn’t have the confidence to continue following the workout even though it was still on my Garmin. I just sat in behind the other guys warming up and was happy to get a few laps around the course to at least try out lines and look for escape routes. Only about 2-3 minutes from when we stopped riding to line up until we started, so that was good not having a prolonged cool down period.

For what this race was and what my goals for it were, I do believe my training was on point. IMO, my biggest training challenge this year is dropping another 30 lbs, which I hope to make happen with the return of the Spring and Summer riding season and with an increase in training volume to help keep me in a net calorie deficit. And continued focus on what I consume.

My goal for this race was to finish on the lead lap of the main group, allowing for the possibility that I might get dropped by that group and/or lapped by a strong breakaway. I just didn’t want to get lapped by my “peer” group. My plan was to let any breakaways go because the reality is that I’m not strong enough to be in that group and lack the 45-minutes of stamina required to stay with a breakaway off the front. However, my plan was to stay with any small or main group that chased the break because I didn’t want to be off the back without a group to do the work for me. My strategy to accomplish all if this was to line up on the front (which ended up being easy as only seven of us started (Cat 5 with Masters 35+ Cat 5) and we were ALL toeing the start line. That said, I brought the confidence with me to get to the front had it been a bigger field.

We started and at least one guy was off the front with a vengeance and as planned I stayed out front but settled in with a group of two others (they were teammates, not that I think team tactics were much a factor in this race because of the field size). My plan was playing out and I was taking turns pulling with these two guys. To my credit: I had controlled the rotation such that I was only pulling when we had a tailwind and one of the other guys was doing the work into the headwind….this lasted a few laps until their teammates on the sidelines pointed this out and they shortened their pulls which put me out front for some of the headwind (which was on the front straight), but I tried to keep my pulls short to minimize my work in this section. This also resulted in my not being on the front going into the hairpin (120-degrees?) turn leading into the front straight.

I’m very confident through turns when solo or on the front but get a little nervous when in a group or further back in the paceline than first wheel because I don’t trust their abilities. This is a liability in general and specifically caused me to lose my “peloton of two” in the first third of the race.

On the fourth lap, my nervousness into the hairpin got the best of me, and I looked at where my bike was pointing and no through the turn where I wanted the bike to go. I might have had too much speed as well. It all happened quickly, but I locked up the rear brake for a second and the bike go squirrely. I was able to keep it upright and not crash and possibly not even put my foot down. Went off the course into the grass and was just a foot or so from the chain link fence.

I lost my group and was now soloing. Working on keeping my power up and picking fast lines to keep myself on the lead lap and maybe even reel somebody in.

Somewhere past the halfway point, I was passed by a guy, and I’m thinking he was the lead rider who was off the front and I rode his wheel for a bit then he suggested we work together to catch the group in front of us. There’s a chance he was behind me the whole time and I just didn’t know it, but that’s unlikely. We worked well together until I made the exact same mistake AGAIN going into that hairpin and ended up soloing it again until the race ended.

Initially, I thought I had maintained my position on the lead lap, but it looks like I was exactly one lap down when the front runners finished. I’m actually quite happy with this result because I wasn’t lapped earlier in the race and certainly not multiple times. After the second near-crash, I had to back off a bit to recover once or twice or four times but I also kept an eye on the lead group and pretended that I was the breakaway trying to keep this off up until the finish. So even though I was gassed and off the back soloing, I was still racing.

I made mistakes that cost me my goals, but I still felt good about the strategy and my overall performance. I feel that had I not made that first mistake into the hairpin and I had a legit shot at the podium and definitely of not being lapped. 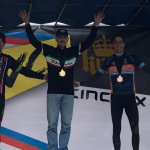 Race Report – Frenemies or not, I am here to Race – Chris SpurrierRace Reports 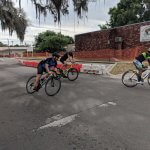